The Campaign to Lead, Innovate, and Serve
That They May Have Life and Have it More Abundantly

Student Diversity and Life on Campus 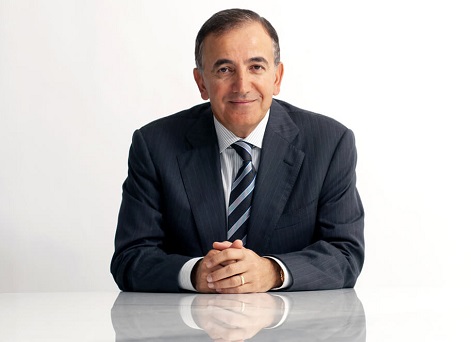 Maroun Semaan, alumnus, trustee, and philanthropist - a transformative gift to name the Maroun Semaan Faculty of Engineering and Architecture

Maroun Semaan (BEN '77) co-founded Petrofac International, a global leader in the oilfield services industry, in 1991. He was a founding member of the Arab Forum for Environment and Development and an active member of the AUB Board of Trustees until he passed away on May 1, 2017. In 2010, he established the Semaan Foundation in Beirut to support philanthropic activities in the fields of education, environmental sustainability, healthcare, and social welfare. The foundation's transformative donation to AUB in 2017 to endow and name the Maroun Semaan Faculty of Engineering and Architecture is the largest gift ever received by AUB. Read more about this BOLD partnership here. 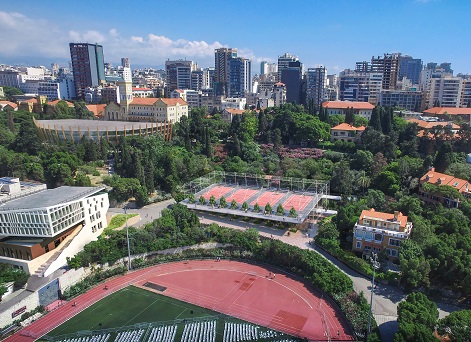 Talal Shair, former student, trustee, and philanthropist - developing a campus master plan for the university and a design for the new medical center

Talal Shair (former student 1983-84) has been chairman of Dar Al Handasah, an international, multidisciplinary consultancy specializing in engineering, architecture, planning, and economics, since 2008. He and his late father, Kamal A. Shair, who also attended AUB, have been strong supporters of the university for many years. Kamal Shair led AUB's highly successful Campaign for Excellence fundraising campaign from 2002 to 2007. Under the leadership of Talal Shair, Dar Al Handasah has developed a campus master plan for the university and is designing AUB's new Medical Center. Read more about this BOLD partnership here. 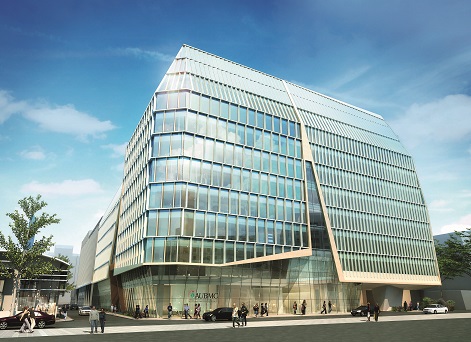 Jamal Daniel has more than 35 years of experience managing investments in oil and gas, telecommunications, high technology, media, manufacturing, and real estate. In 2014, he and the Levant Foundation made an exceptionally generous gift to support the AUB Medical Center (AUBMC) 2020 vision. The Halim and Aida Daniel Academic and Clinical Center, which is named for Jamal Daniel's parents, is a state-of-the-art facility that provides integrated patient care, education, and research in one location. Read more about this BOLD partnership here. 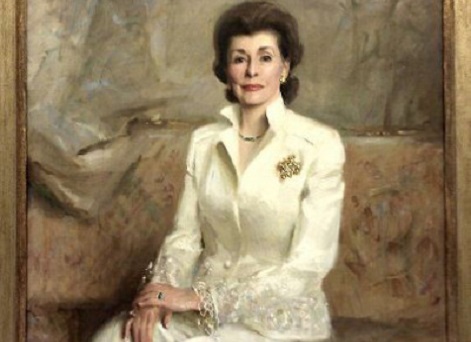 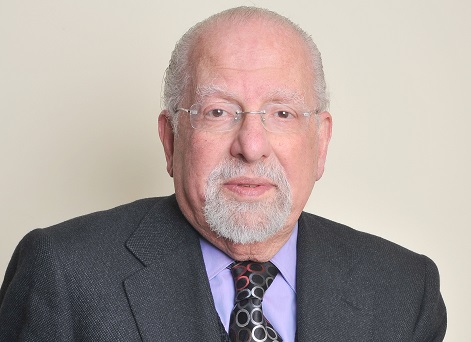 Farouk K. Jabre, alumnus, trustee, and phailanthropist - the Farouk Jabre Center for Arabic and Islamic Science and Philosophy, a gift to "help the youth of this region regain pride in their heritage"

Farouk K. Jabre (BA '58) has been a trustee of AUB since 2003. He is the chairman of the board of Dar Al Aytam Al Islamiyah, director of Holcim Lebanon SAL, and treasurer of the Children’s Cancer Center of Lebanon. He established the Farouk Jabre Center for Arabic and Islamic Science and Philosophy at AUB to “help the youth of this region regain pride in their heritage." At the inaugural event in November 2018, Jabre spoke about the center's vision of "fostering a vibrant interdisciplinary environment and community which expands the storm of reliable evidence on the Arabic and Islamic scientific and philosophical legacy, guides hypothesis about its broader significance in the recorded history of these fields, and introduces students, scholars, and the general public to Arabic and Islamic contributions to them." Read more about this BOLD partnership here. 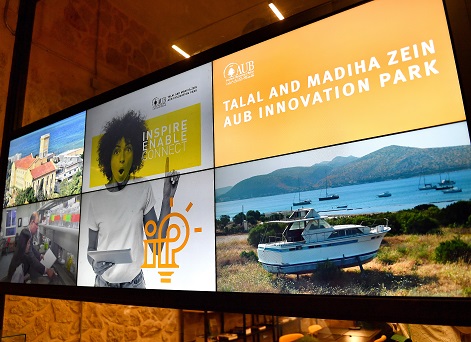 The late Talal Al-Zein founded Naftomar Shipping and Trading Company that focuses on the distribution of petroleum products in the Mediterranean region in Beirut in 1972. Naftomar grew to become a major player in the LPG market in the Middle East. In 2019, the Zein family made a generous gift to establish the Talal and Madiha Zein AUB Innovation Park at the Beirut Digital District. The Zein AUB Innovation Park is a hub for developing innovative ideas into profitable and scalable startups. Read more about this BOLD partnership here. 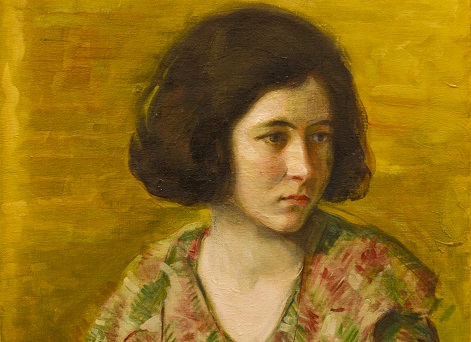 Dr. Samir Saleeby donated the Saleeby collection, more than 60 paintings by leading Lebanese artists including Khalil Saleeby, Omar Onsi, Saliba Douaihy, and Cesar Gemayel, to AUB in 2011. Dr. Saleeby, who is a a distant relative of the renowned Lebanese artist, Khalil Saleeby, was inspired to make this gift because he wanted to keep the collection together and in Lebanon. It was also important to him that the paintings be taken care of by a “trusted and respected institution.” He went on to say that “there was no better choice than the American University of Beirut.” Read more about this BOLD partnership here. 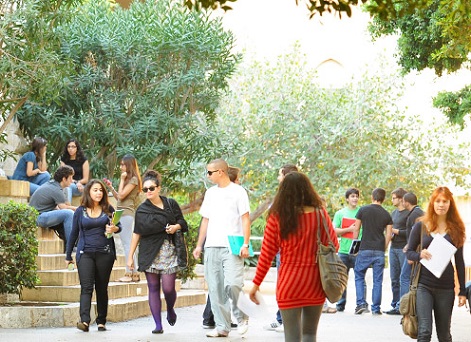 Kamel Abdel Rahman, an alumnus and entrepreneur whose philanthropy has benefited hundreds of Palestinian students at AUB

Kamel Abdel Rahman (BBA '31) was born and raised in Palestine. After graduating from AUB, he returned to Palestine where he established the Contracting and Trading Company (CAT) with his friend Emile Boustany (BA '29, MA '32). During the Palestinian exodus (Al-Nakbah) in 1948, Abdul Rahman returned to Lebanon. In 1952, he established the Consolidated Contractors Company (CCC), along with friends and former AUB students Said Khoury and Hasib Sabbagh (BA '41). CCC went on to become one of the most successful and respected construction companies in the Arab region and the world. In October 2014, the Kamel Abdel Rahman Education Fund established the Kamel Abdel Rahman Endowed Scholarship Fund at AUB, a $8 million endowement to support scholarships for Palestinian students from refugee camps. Read more about this BOLD partnership here. 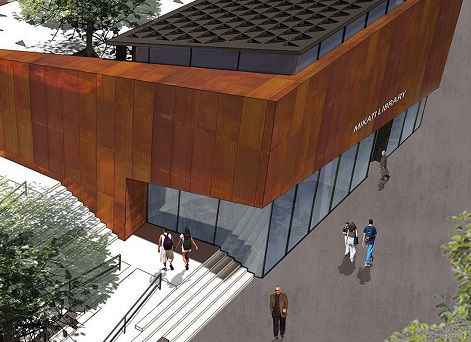 Mikati Family and Foundations, a family of AUB alumni who support patient funds, scholarships, and the Mikati Engineering and Science Library

Many members of the Mikati family including HE and former AUB trustee (2006-13) Najib Mikati (BBA '79, MBA '80); M1 Group co-founder and chairman Taha Mikati (BE '68), M1 Group CEO Azmi Taha Mikati (BA '84), and current AUB trustee and CEO of Areeba SAL Maher Mikati (BBA '01) have supported AUB over the years. AUB has also received generous support from the M1 Group, the family's holding company; the Mikati Foundation, which was co-founded by HE Najib Mikati and Taha Mikati; and Azm w Saade, which they also co-founded and named for their parents. Their philanthropy has benefited patient funds, scholarships, Giving Day 2018, and the Mikati Engineering and Science Library. 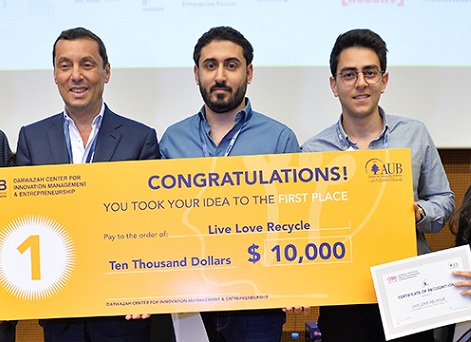 Said Samih Darwazah, a trustee who established the Samih Darwazah Center for Innovation Management and Entrepreneurship, "a beacon of transparency and good governance"

A trustee since 2011, Said Samih Darwazah is the CEO and chairman of Hikma Pharmaceuticals PLC, a leading multinational pharmaceutical group listed on the London Stock Exchange. He is chairman of the board of the Queen Rania Foundation, chairman of Royal Jordanian Airlines, and a board member of the Central Bank of Jordan. He established the Samih Darwazah Center for Innovation Management and Entrepreneurship at AUB's Suliman S. Olayan School of Business as a birthday present to his parents: "Our parents turned 80 this year, and we saw nothing more befitting as a gift than this center, a beacon of transparency and good governance." The mission of the center is to be a leading source of research-based know-how on innovation management and entrepreneurship in the Middle East region. Read more about this BOLD partnership here. 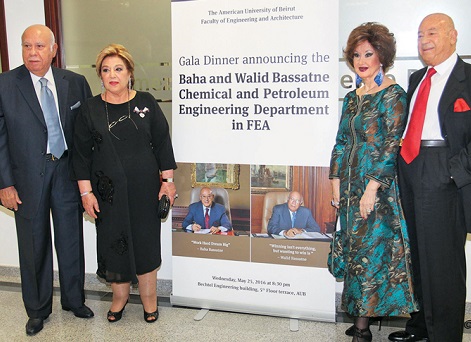 Baha and Walid Bassatne, brothers who are inspired by their shared belief that "there is nothing more important to improve humanity than education"

Baha and Walid Bassatne are the founders of BB Energy, one of the world's leading independent energy trading companies. The brothers were inspired to make a gift to AUB to endow the Baha and Walid Bassatne Department of Chemical and Petroleum Engineering "to promote the growth of Lebanon’s oil and gas industry" and because of their belief that "there is nothing more important to improve humanity than education." Read more about this BOLD partnership here. 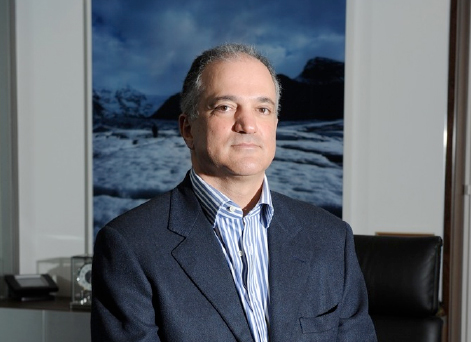 Philippe Jabre, a former AUB student, trustee, and philanthropist who supports scholarships and the Department of Fine Arts and Art History

Philippe Jabre is founder and chief investment officer of Jabre Capital Partners SA and founder of the Association Philippe Jabre, a charitable organization benefiting the people of Lebanon. He is also a former AUB student (1977-78), an AUB trustee (since 2014), and a generous supporter of his alma mater. In 2004, Jabre established the Philippe Jabre Scholarship, which has supported hundreds of AUB students. His gift to the Department of Fine Arts and Art History in YEAR created endowments to support a professorial chair in art history and curating, an exhibition fund, and a visiting lecturer series. 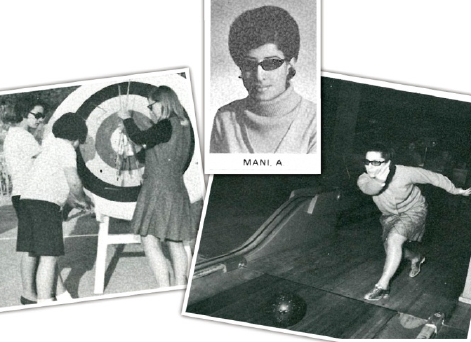 Former AUB student Dr. Aisha Al Mana is a pioneer. She is the first Saudi woman to obtain a PhD and the first woman to be appointed director of a hospital. She is currently the director of El Manaa General Hospitals in Saudi Arabia and the president and founder of Mohammad Al Mana College for Health Sciences (MACH) in Al Khobar, Saudi Arabia. In 2016, Al Mana established the Aisha Al Mana Endowment for Women in Nursing and the Health Sciences at AUB, which supports women pursuing degrees in nursing and health sciences. 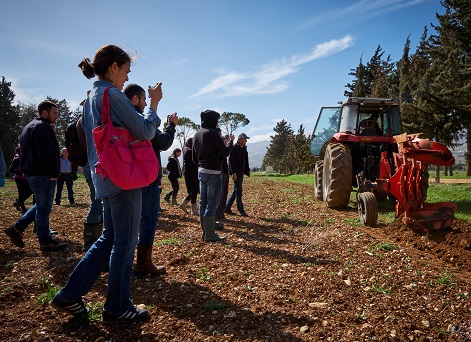 Khaled Sinno, alumnus, entrepreneur, and generous supporter of the Faculty of Agricultural and Food Sciences

A successful entrepreneur, alumnus Khaled Sinno (BBA '86) has been an especially strong supporter of the Faculty of Agricultural and Food Sciences supporting the Raji and Fawzieh Sinno Scholarships and the Raji and Fawzieh Sinno Promising Leader in Agriculture Awards. Sinno's philanthropy is inspired by his affection for AUB and his belief that the university could be "an important differentiating factor for the North and disadvantageous regions in Lebanon." His hope is that his donations "will create hope for other students to follow." 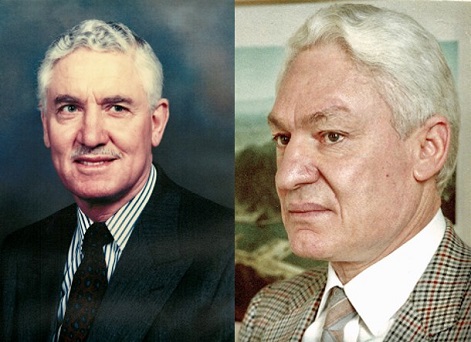 An AUB alumnus, Isam Nubani (BA ’50, BSCE ’51) is remembered as a man of great integrity, humility, and honesty. As a trustee of the Kamel Abdel Rahman Education Fund, he helped to ensure that Palestinian children in need would have opportunities to continue their educations. His brother, Khalil Noubani (BSME ’55), was also an advocate for the education of Palestinian children. Isam's widow, Nadia, and his children establishing an endowed scholarship fund at AUB in the brothers' names to celebrate their memory. The Isam Ibrahim Nubani and Khalil Ibrahim Noubani Endowed Scholarship is part of an initiative that President Fadlo Khuri announced in early 2019 to establish a $100 million endowment to support students from Lebanon, Palestine, Syria, Jordan, and Iraq. Read more about this BOLD partnership here. 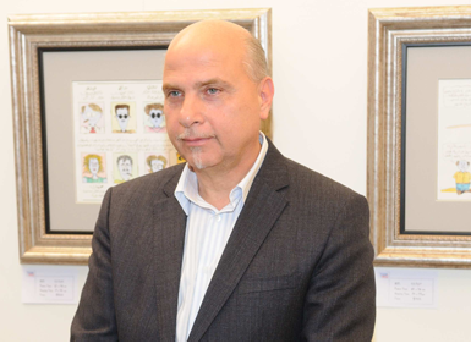 Mu'taz Sawwaf, alumnus, trustee, and philanthropist - supporting critical intiatives that have an enduring impact on AUB, its university and medical center

An AUB trustee since 2014 and an AUB alumnus (BArch ’74), Sawwaf is an executive board member of the Saudi Binladin Group and the managing director for the Architecture and Building Construction Division (ABCD). An accomplished illustrator, Sawwaf obtained a certification in animation from the Bob Godfrey Studio, London in 1975. In 1977, Sawwaf established Arabian Roots Group, a construction building materials company, and in 2007 he formed the Construction Products Holding Company. Sawwaf serves on the boards of several corporations including Mimar Trading Group and United Foodstuffs and Catering Co. in Lebanon. He has funded many important intiatives at AUB and its Medical Center including the Wassef and Souad Sawwaf Building, the Neonate Fund, the Al Mu'allim Mohamed Awad Binladin Chair in Architecture in the Arab World, and the Mu'taz and Rada Sawwaf Arabic Comics Initiative. Read more about this BOLD partnership here.

“I am the 4th generation AUB graduate, 2008 – 2011. Every time I go to Lebanon I have to walk past those gates, and I am overwhelmed with beautiful memories and feelings I cannot explain. Love it”

“I had a superb education at AUB during a formative time of my life…My aim is to make it possible for future generations of students to have the same opportunity as I did.”

“This group convinces me that we, in Lebanon, have our own Indiana Jones [personalities] —several of them at that.“

“I thank AUB for instilling in me a thirst for learning that has continued to motivate me, even in retirement.”

“I cannot forget the moment when I received undergraduate acceptance letter from AUB :) AUBite and proud!”